Dragoon is a Disciple of War melee DPS job.

Of all the things that are symbolic of the nation of Ishgard, few are more recognized than the dragoon. Born amidst the timeless conflict between men and dragons, these lance-wielding knights have developed an aerial style of combat, that they might better pierce the scaled hides of their mortal foes.

Taking to the firmament as though it were an extension of the land, they descend upon the enemy with every onze of their bodies behind the blow. It is this penetrative power that characterizes the dragoon.

The Dragon Gauge is displayed upon executing Blood of the Dragon, indicating the amount of time remaining before the effect fades.

The potency of Jump and Spineshatter Dive are increased when executed under the effect of Blood of the Dragon. 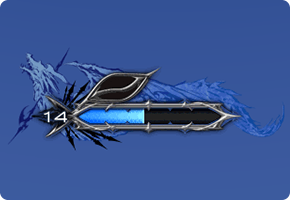 Using the weaponskill Mirage Dive (acquired at level 68) while under the effect of Blood of the Dragon will attract the gaze of the first brood. The icon on the left of the Dragon Gauge indicates the strength of the gaze, up to a maximum of 4 units.

Using Geirskogul while under the brood's full gaze will trigger Life of the Dragon, changing the Blood Gauge to red and allowing for the execution of the devastating weaponskill Nastrond. 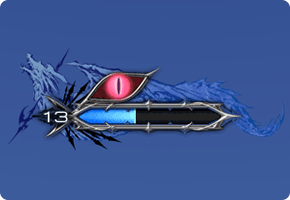 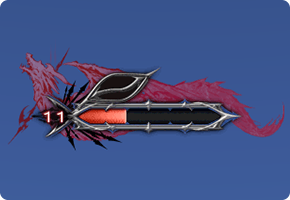