White Mage is a Disciple of Magic healer job.

White magic, the arcane art of succor, was conceived eras past that the world might know comfort. Alas, man began perverting its powers for self-gain, and by his wickedness brought about the Sixth Umbral catastrophe. Although the art subsequently became forbidden, it is now in the midst of a revival at the hands of the Padjal, chosen of the elementals.

Those who would walk the path of the white mage are healers without peer, possessed of the power to deliver comrades from the direst of afflictions—even the icy grip of death itself.

The Healing Gauge displays the current number of Lilies a white mage has accumulated. Lilies are accumulated when casting Cure or Cure II on a wounded party member engaged in combat.

Lilies reduce recast times for certain actions by a percentage corresponding to the number stacked in the Healing Gauge. Lilies can also be consumed to execute the action Divine Benison (acquired at level 66). 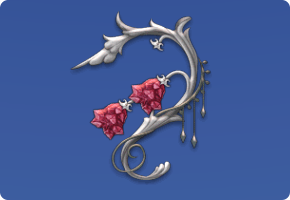